IS IT ACTUAL PEACE, OR IS IT JUST A DOCUMENT? #PeaceSitIns

During the current month of July a number of protest sit-ins were organized in areas affected by conflicts and wars in Sudan, most notably the sit-ins of: Nertiti, Kutum, Kabkabiya, Mistari and Abu Matariq in the Darfur region, alongside other sit-ins in other states like: South Kordofan, Kassala and Khartoum. These sit-ins were precursors of a large-scale popular mobilization by stakeholders like women, youths, IDPs, and all people affected by conflicts, demanding the achievement of the most prominent slogan of the December Revolution, viz: peace.

The spark of this widespread civil mobilization began on the 27th of June in Central Darfur State in the Nertiti Locality at a distance of 65 kilometers east of Zalingei, the capital city of the state, where the famous chants of the protesters were “where is peace, where is it? Bring it home; we can see it.” Afterwards, other sit-ins and protest marches ensued in several localities of most of the states of the Darfur region. This popular mobilization for peace began against the backdrop of the continued dominance of proponents of the former regime in the local authorities and executive administrations in these areas along with the ongoing proliferation of tribal militias. A year and a half after the ousting of the regime of the National Congress Party (NCP), localities in the region like Nertiti and Al-Jabal, in Central Darfur State, witnessed several acts of violence and looting by tribal militias during the months of May and June, which resulted in the death of 50 people. These violent acts interfere with farming, thus increasing food insecurity in the region. This dangerous state of affairs plagues the localities of Kutum, Mistari and Kabkabiya of Darfur and Kadugli of South Kordofan State, along with Nertiti and Al-Jabal.

This large-scale movement of peaceful civil protest carries within it a new revolutionary wave, with stakeholders from youths, women and IDPs affected by conflicts taking charge over the struggle to claim their lawful rights. Furthermore, it puts the pressure groups, civil society organizations, and grassroots groups at the head of the spear in the political arena, which has long been controlled by the elitist traditional political and armed groups. It is worth mentioning that the ongoing civil protests feature women as active participants and leaders. The participating women are sowing the seeds of awareness to achieve equality and justice for women from areas of conflict who have been the most disconnected from the broader women’s movement in Sudan throughout the past decades.

The lists of demands that have been submitted by the sit-ins committees, among other demands, include: the provision of healthcare centers for these areas; the implementation of development projects for women; investing more attention in the agricultural sector in which women constitute most of the labor force in those areas; and the provision of protection for women farmers and the farming season as a whole. In fact, women are the most affected social group by the situation of instability and insecurity. They are often targeted by looting and physical and sexual violence, with little hope of accessing justice. 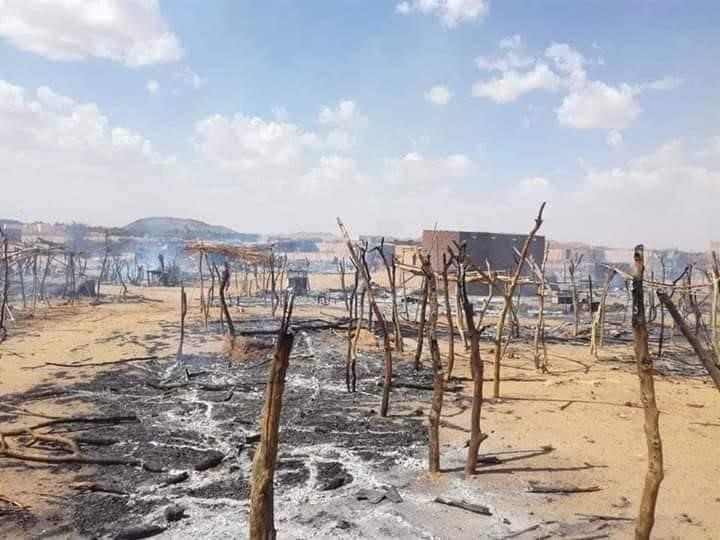 The people of these areas have suffered immensely from the scourge of war, displacement and abuse throughout the era of the former regime and eruption of the armed conflict in Darfur since 20031. Their experiences of marginalization, instability and insecurity still continue after the December Revolution, which was considered the lifebuoy of the Sudanese people, achieved through peaceful resistance. Today, after nearly a year and a half, the most acutely affected areas have witnessed little change. What is even worse is that their suffering has increased with continued repression and violence by the tribal militias exacerbated by increasing militarization, the absence of the rule of law and the lack of a clear vision for achieving transitional justice, and finding inclusive solutions. The same old solutions continue in vain, as they have proven incapable of cultivating a practical and just peace process. As essential stakeholders for change, it is crucial for the peace process to be characterized by the continuous effort and engagement of women and youth of the Darfur region.

We support and stress granting the Darfurian people the right of assembly and peaceful expression of their opinion freely.  With the dispersal of the Kutum  sit-in2 on the 12th of July 2020 by police forces, we witnessed further tragedy as violence was used against peacefully protesting citizens whose demands can reasonably be fulfilled by the authorities. A day later the Fataberno sit-in3 was dispersed by armed militias which resulted in nine deaths, fourteen injuries and Fataberno market was burned down. These tragic outcomes confirm that the demands of the people of the region are both lawful and necessary, and that the peace project signed in documents with quota agreements has not translated into peace in reality for the people of these localities.

We in the Strategic Initiative for Women in the Horn of Africa (SIHA), pray for mercy for the martyrs who died in the two incidents and wish for the speedy recovery of the wounded. We condemn these incidents of violence against peaceful demonstrators, and assure the continuation of our support for women and girls and for civil protest for rights in Sudan in general, and the areas of conflict and Darfur in particular.

We continue our commitment to support the efforts of the transition period and supporting the transitional government in its tasks relating to human rights in general and women’s rights in particular, especially after approving the national plan for the Security Council Resolution No. 1325 concerned with women’s rights, security and peace. However, this support is conditioned upon the transparency and seriousness of all the components of the government and its structures, and the real engagement of women and youth as stakeholders for change, and the pursuance of community participation in decision-making.

We demand the transitional government, which came into existence because of the struggles and sacrifices of Sudanese youth and women:

● To take an uncompromising position in opposition of systematic violence in Darfur, North and South Kordofan and Blue Nile regions. A strategic plan for achieving peace must be constructed and implemented in partnership with civil society stakeholders, and include women within the areas of conflict in Sudan.

● To implement a comprehensive legal review whereby discriminatory laws and laws and policies which enable the lack of accountability of military and security forces are removed and replaced with inclusive and egalitarian legal frameworks. Those discriminatory laws, which are still in force, allow the practice of violence and terrorism against women without accountability, and will continue to be an obstacle against any efforts being made to achieve peace and justice.

● To cooperate with civil society institutions, women’s groups, and local administration bodies with their diverse backgrounds, and to follow transparent processes in the discussion of issues pertaining to peace, including obstacles and threats.

● To accelerate the completion of the civil governance structures, including the formation of the Peace Commission. We continue to stress that the strong presence of armed militias and deployment of troops and their control over civil spaces will be the most decisive factor that hinders the chances of peaceful transition in Sudan. The presence of these militias will continue to constitute a true obstacle for the attainment of sustainable and inclusive peace; therefore, security arrangements which include the reform of security and military institutions must be given priority.